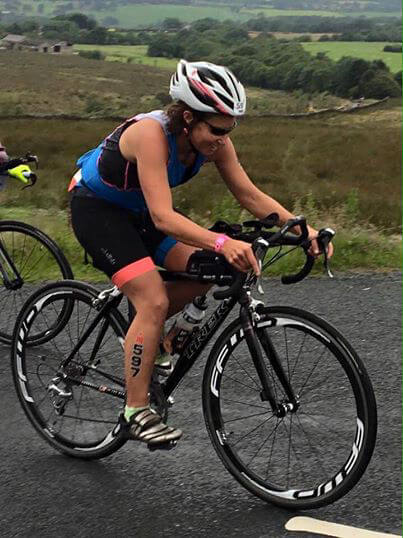 LUCY WALMSLEY was crowned British Ladies' V45 Ironman champion on her debut at the event in Bolton. Victory qualifies her for the 2017 World Ironman Championships at Kona, Hawaii in October. Lucy a physiotherapist from Bourton-on-the-Water, is in the form of her life and just a fortnight earlier she had won the Over-45 section of the England National Triathlon Championship. More than 2000 contestants took on the UK Ironman Championships on a damp morning in Bolton. The professionals started the 2.4-mile open water swim first with a constant stream of amateur competitors following and soon the lake was full of swimmers as far as the eye could see. Lucy left the water as 23rd lady overall in a time of 1:06.13 and went through the all-important first transition in a very quick time of 4min 10sec. The tough two-lap 112-mile bike course saw Lucy move up to eighth lady overall but more importantly she was now well clear of the other competitors in her FV45-49 age category. Her bike time was an outstanding 6:04.15 going into the second transition which she nailed in 3min 53sec, a time beaten only by the top two professionals. After such a tough bike ride the marathon finale was always going to be a matter of survival but Lucy showed her many years of running experience and strength by completing in an amazing time of 3:32.15. Her total event time of 10:50.43 was bettered only by four professional athletes and one other amateur from a much younger age category. Lucy annihilated her age group rivals as the second home was a massive 1hr 22min 08sec behind her.

Taken from the Wiltshire & Gloucestershire Standard 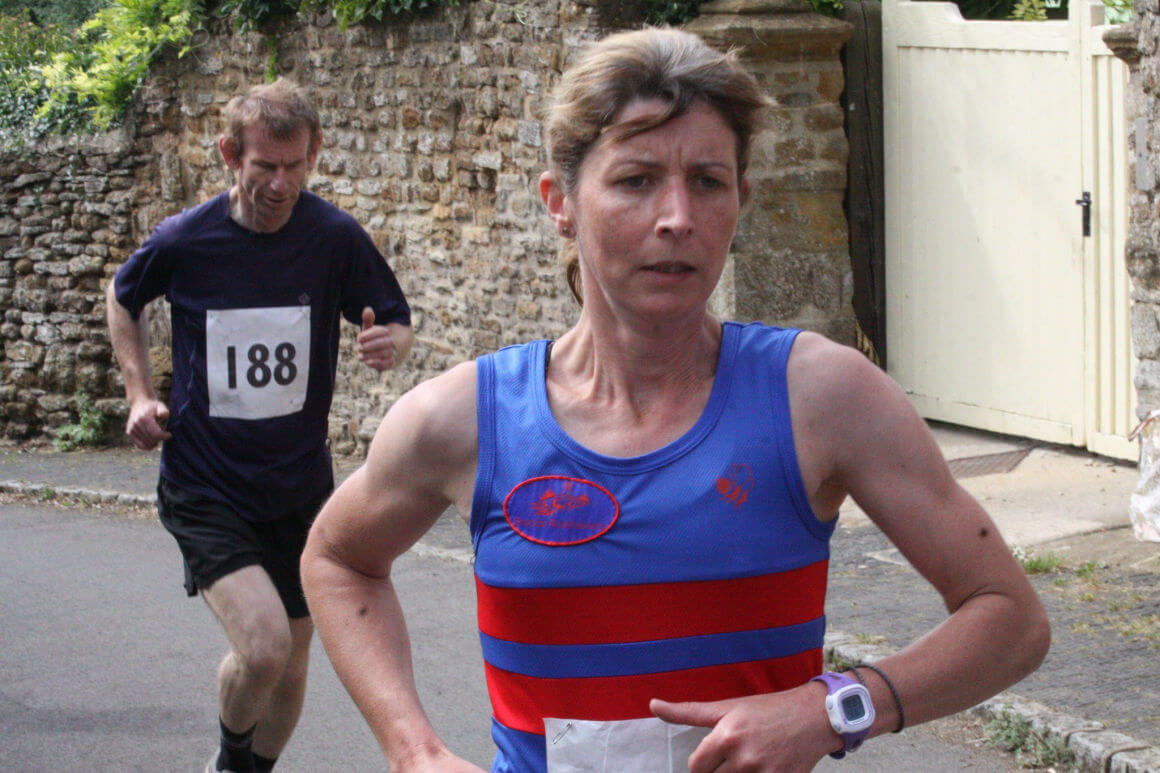 Kate is a winner!

This weekend saw Kate Badger storming to victory at the Raceways Autumn 5k in Stratford. Kate who is a competitive runner and runs for Bourton Roadrunners, lined up on a cold, wet and windy day to battle the wind and achieve a personal best time of 20 mins and 42 seconds. Kate has had a great running year so far recovering from injury and coming back strong to achieve PB after PB. Not only is she a great runner she is also a great physio and we are so pleased to have her here.

A recent Olympic distance triathlon win and course record at South Cerney after a 10 year gap from triathlon competitions showed that Lucy Walmsley, now aged 44 and a member of the newly formed 'North Cotswold Tri & Run' club, was in good form leading up to the New Forest Half Ironman. She had been inspired to do this race by two friends, Lisa Cartlidge and Hanna Minett who both battled on admirably to complete it.
Despite having A family with two young children to look after and run her own business, Stow Physio Ltd., she still manages to fit in the hard training necessarily for doing this type of event. As this was her first attempt at this distance, one could only speculate at what she might achieve although the dedication of training and the determination throughout the race made it no surprise to those who know her that she won the race.
However, it was the manner in which she won that was dramatic and astonishing.


Coming out of the one mile swim in about fourth or fifth place she sailed through transition to be first out on the 56 mile bike course consisting of three laps. After the first lap Lucy had a good lead of 4 1/2 minutes over the next placed lady and the gap was increasing. Then disaster struck and her rear wheel punctured. As everybody went speeding by she could only watch while trying to change her inner tube. Not able to inflate the new tube with the emergency gas canister she was facing the end of the race and proceeded to walk with the bike. After a little while she decided to just ride it back with a flat tyre. A spectator supporting one of the other riders spotted her and offered to help but by now the new innertube was wrecked. Fortunately he had a spare and a pump and she was able to continue on her way even though the tyre was still severely deflated.
Lucy sportingly and dutifully declared all this to the race referee who was completely happy about the situation.
The whole episode cost around 20 minutes and Lucy was now back in 16th place so in her mind the race to win had gone but she needed to complete the course and treat it as a time trial as it was a build up to her ambition of doing an ironman in Bolton next year which is a qualifier for the World Championships in Kona.
Now about 16 minutes behind the lead she continued to pass other cyclists during the next lap and a half and again overtaking people in transition she started the half marathon run in sixth place and over nine minutes behind the leader. On a gruelling and very demanding, off road course she gave everything of herself, overhauling men and women until finally overtaking the leading lady with less than 2 miles to go. From there on Lucy never looked back, well only once to see if she had enough breathing space to give her kids a high-five on the way past! Her supporters were in awe and totally ecstatic to witness this remarkable win and proud to see Lucy as a champion in her very first half ironman.

Our aim is to get you moving freely, in the correct way.